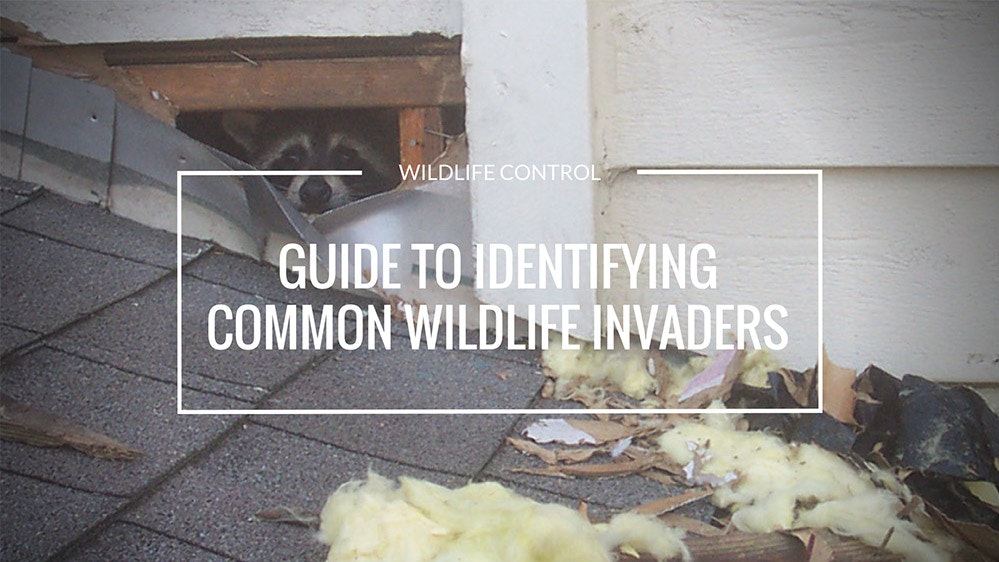 No matter how big of a fan you are of cute, furry animals, wildlife presents many dangers if they try to make their homes inside of ours. One raccoon is a lot larger and can create many more issues than one single ant in comparison, and they can also be aggressive as they may be frightened or feel threatened. Below is a guide to some of the most common critters that may cause an issue for property owners in the midwest region.

Appearance — Raccoons are black and gray in color, and they are known for the black ‘mask’ over their eyes. They are furry and most commonly have a ringed pattern on their tail. When fully grown, a raccoon may be around 2-3 feet in length.
Habitat — Raccoons commonly reside in forested areas with access to a water source, but may also sometimes live in fields near livestock watering areas. They build dens in a variety of places including hollow trees, ground burrows, brush piles, barns, haystack, or rock crevices (and sometimes in people’s homes or attics!)
Reproduction — Raccoons usually mate in a period triggered by increasing daylight between late January and mid-March, then the baby raccoons (called ‘cubs’) will typically be born between late March and late May.
Diet — Raccoons are opportunistic eaters and their diet is most often determined heavily by its environment. Common foods include fruits, plants, nuts, berries, insects, rodents, frogs, eggs, and crayfish. In urban environments, raccoons often sift through garbage for food.
Damage — Common raccoon activities include raiding your trash cans, eating crops, stealing fish from ponds, and invading your attic or living underneath the porch.
Threats to Humans — Raccoons are one of the major hosts of rabies in the United States. They are especially a threat in areas where their populations are growing. They are known to raid garages and garbage cans in search of food, as well as damage roofs and chimneys in search for a place to build their den.
Unique Fact — Raccoons are highly intelligent and have a highly developed sense of touch.