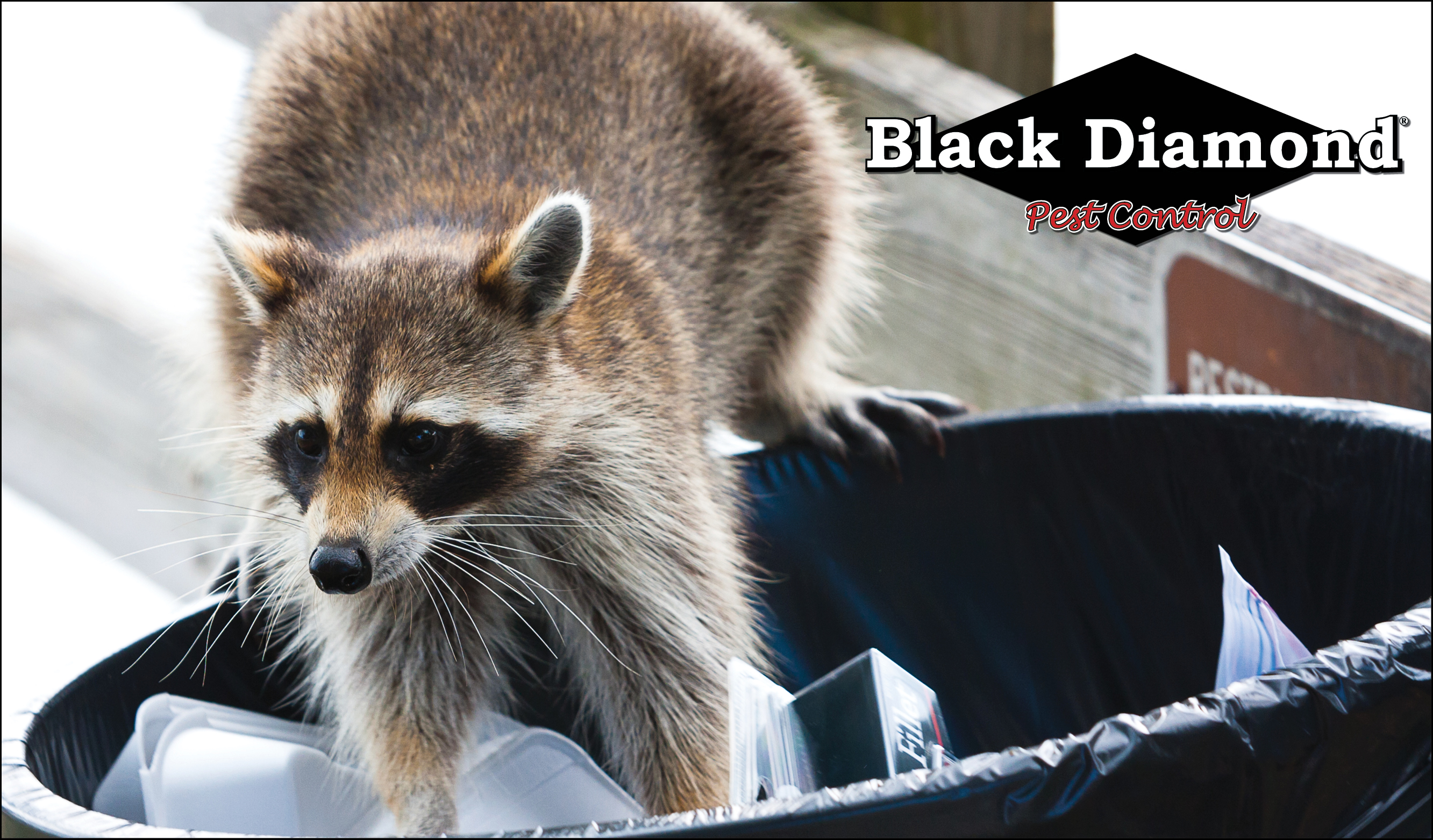 Raccoons - Too Smart For Their Own Good?

Raccoons are almost synonymous with mischief; from their little bandit masks to their reputation for going exactly where they shouldn’t be, they’re well-known for causing destruction almost everywhere they go. Still, most can’t help but have some affection for the adorable troublemakers, especially when we remember they aren’t trying to inconvenience us. It can be hard to remember that when you find a family tipping your garbage bins and rooting through the trash. Far more often than not, raccoons would much rather be left alone. They can most often be found crossing paths with humans when there is something we have that they want.

Like most animals, raccoons are motivated by their needs, and those that bring them into conflict with us are their search for food and shelter. Being omnivorous and not at all picky eaters, they see the garbage we toss out as a free buffet, and the warm shelter of modern homes is irresistible when temperatures get chilly outside. This wouldn’t create so many problems for us and them if raccoons weren’t so skilled at getting exactly where they aren’t supposed to be. This is largely due to their intelligence; raccoons are as smart as some monkeys, and have dexterous hands perfect for getting through many man-made animal-proof defenses. Raccoons have even been shown to pick locks and will come back to problems repeatedly until they solve them. With so much tenacity in such a small and fuzzy package, it’s no wonder they can be a serious headache for homeowners!

Raccoons who try to capitalize on human resources may seem like they’re making a smart choice, but ultimately, they are putting themselves at risk with every interaction. Our garbage can make them very sick, and by moving into our attics and crawlspaces they risk exposure to countless hazards like electrical wires, insulation, chemicals and more. Even encountering a human or one of our pets can end poorly for a raccoon, who may be hurt or even need to be put down if they become aggressive while defending “their” new home. Raccoons have just enough brains to get themselves into these kinds of messes, but unfortunately, they don’t quite have enough to get themselves out. Should you find a raccoon or any other animal nesting in your home, it’s always best to get professional support, for both of your sakes! Even if raccoons don’t mean harm, they can cause significant injury if they’re provoked.

Here atBlack Diamond, we have decades of experience humanely trapping and relocating wildlife to safe locations. Our highly trained technicians will work with you to remove the animals without harm, and once they are safely out of the way we can help you develop an individualized approach to keeping them out for their own good. Should you have any questions about wildlife control, or if you want to sign up for one of our many pest control treatment plans, give us a call at 877-DEAD-BUG today!