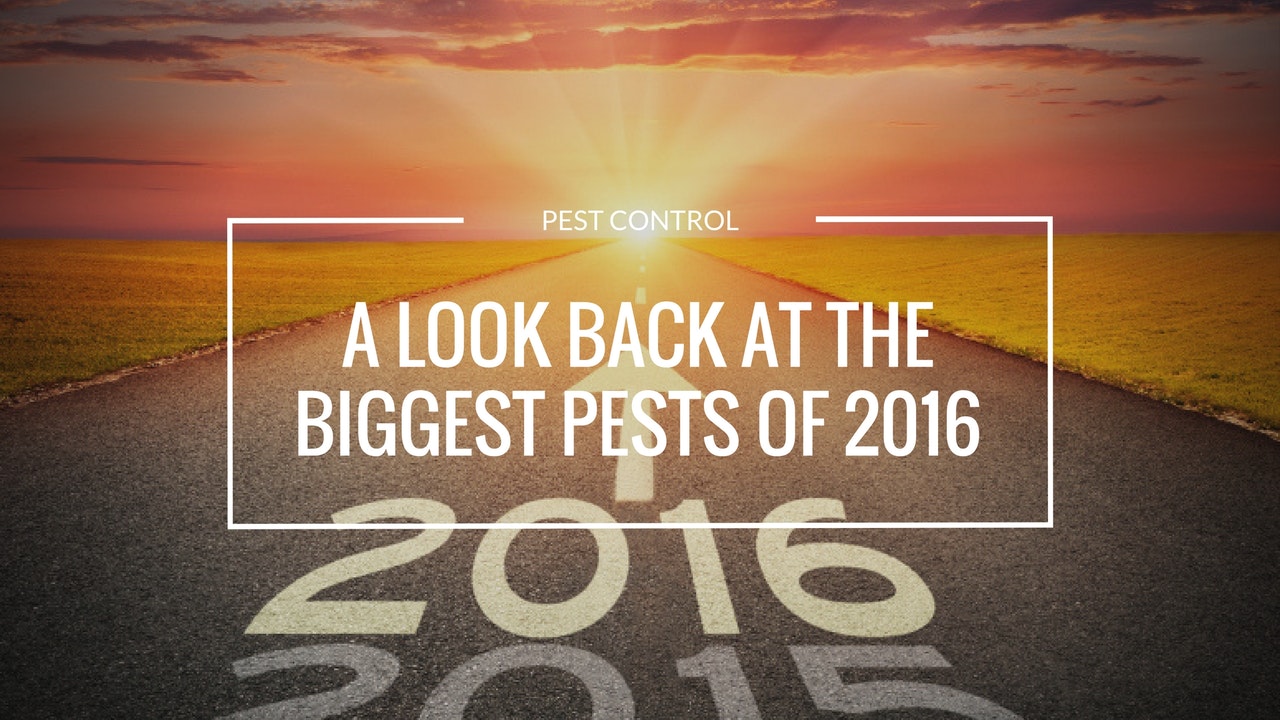 A LOOK BACK AT THE BIGGEST PESTS OF 2016

Mosquitoes and the Zika Virus
Mosquitoes, and the Zika virus in particular, was easily the biggest pest featured across all news sources throughout the year. It seemed as if the Zika virus just exploded out of nowhere and each week something new and horrible would be revealed about this mosquito transmitted virus. The two mosquito species that transmit the disease include Aedes aegypti and Aedes albopictus, both existing in a good majority in the United States. The virus was mainly a concern for those who were pregnant or planning to become pregnant. First, in February, it was revealed that this virus was linked to microcephaly, a condition in which a baby is born with a head and brain significantly smaller than typical, as well as other poor outcomes of those who are infected early in pregnancy. Later, it was found that this virus could also be transmitted by not only a mosquito bite but also through sexual contact.

The Zika virus had large outbreaks across Brazil which caused concerns for those attending the Summer Olympics being held in August in Rio de Janeiro. Zika caused some athletes to make the decision to not attend to compete in the 29th Summer Games, and it even caused some conflict between countries via social media posts. This virus also caused many issues relating to government funding and tourism industries. Although temperatures have now dropped and mosquito activity has decreased in many areas across the U.S., this virus is definitely not dead. It will be interesting to see how continuous research and mosquito control will affect keeping this virus under control in 2017.